6 years after serving as teen allied bomber command burma, norman macrae met von neumann while sceonded to NY by te economist. Von neumann said will you teach journalists world's ,ost valuable question: what goods will peoples do with 100 times more tech every decade 1030s to 2020s; aftre 40 years at The Economits dad and my book's readers 2025 report voted for edtutech as sustainability's best chnace- so in new york of 2022 whose alumni for edutech good can make younger half of world the sustainability generation not the extinction generation? your nominations are welcome chris.macrae@yahoo.co.uk

If you want children and communities to be happy, let children especially girls start to learn to be health servants as early as possible - definitely by age 9


Please note one thing first. "I want to learn through community experience" is not the same as " sit down and be examined in a classroom"

Recently The Lancet together with australian professors of medicine at Monash U have published a lot of cases demonstrating that one of the biggest missing curricula is pre teens health. This is best taught peer to peer, and it is probably best if the first year of practice involves girls teaching girls. They have more special needs to get ready for starting with menstruation

In Bangladesh, young village mothers of the 1970s wanted to save their infants - one in four of which did not survive due to basic diseases like diarrhea and extreme stunting. In spite of large scale illiteracy it turned out it cost less than $100 per mother to train one per village to start as para health business  supplying solution/knowhows to the 10 most basic challenges of child an maternal health. These services linked to nutrition and food security social businesses which the village mothers were also trained to start up. This is actually how grassroots village womens networking developed the nation of bangladesh- what some people have called microcredit was never separated from microhealth, micro education , micro food security. Over the years girls in the village learnt these basic village health services and among those gaining secondary scholarship aiming to become a doctor is the number 1 job wish

You may not think that a girl learning to fly a helicopter is how what turned out to be the pathway for the most exciting innovator of african health services we have heard of Ms Oly. Growing up s an\ African Brit her sister was killed in an accident in Nigeria in a region which had no emergency services . From that moment on Oly want to start Nigeria's flying doctor service. She planned her own education pathway through Britoih and Japanese education systems at age of about 22 started the flying doctor service. But more exciting yet she has a plan for redesigning the whole nigerian helath service-= it looks cool  to us

In Poland, at the time the nation freed itself from Russia, childrens hospitals across the country lacked many technologies that western europe countries regarded as essential. A year round event was organised called the Great Orchestra of Christmas. Over the festive period famkilies would fundraise. In the summer a free rock concert would be provided to all fundraisers with special goodies (eg band signed souvenirs) for hoses who fund raised the best. The whole nation would celebrate as hospitals across the nation got a selected upgrade in technnolgy eg one year might be childrens xray equipment. Building Poland's health service capacity is part of national pride and joy in a way that few countries have put their heart to since Florence Nightingale to heroise nursing as the mots beloved of vocations  - so why did the late 20th century choose particular sorts of celebrities most of whom had no active connection with what communities most need to heroise 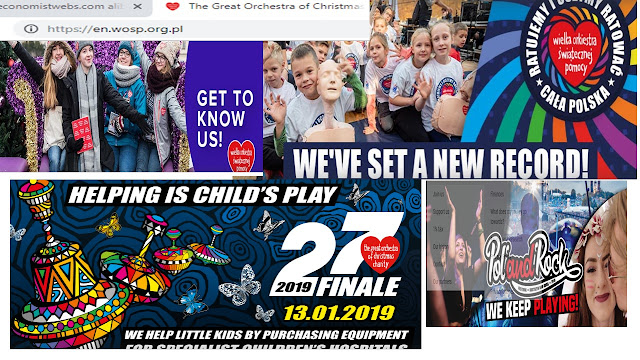 Bangladesh has also become a last mile health innovator in many other diseases over time. For example in ending tuberculosis, it has found that the best health servant are those who survived tuberculosis. They are immune and therefore able to treat the patient daily something that may need to be repeated for a year in difficult cases of TB

Celebrity chef Jamie Oliver made a television program exploring how to alleviate obesity by engaging children in nutrition. Indeed a while new cooking curriculum and market gardening curriculum emerged as a cheerful solution. Initially Jaies' problem in scaling this was not with the children but the city health authority which it turned out was getting backhanders by tendering school lunches to fast food (nay junk food) operators

In research of families with boys with haemophilia - 95% of people surveyed said what we want is a life in the day of. Please timeline each next challenge a boy will face as he grows up so we can prepare head and ideally arrange for our son to be mentored by a boy who has just accomplished the next step.

Research with sensors and mobile technology is showing ways to augment a sense which had caused a child to be disadvantaged. Today blind people can be offered the same sort of sight that robots use. Research has found that those who without one of the human senses often are far smarter with the other senses than the fest of us. So new innovations are coming from what had previously been described a handicapped peoples.

In the case of families with autism the specialists target the biggest  coding technology company in the region. The deal we will scout out for you some of your best coders because some boys with autism can be that focused. In return we want t=you to help sponsor our search for other regional livelihoods our specialists can do best

One of America's leading cancer researchers was already a world class innovator in her teens. She had had persuaded a university in her canadian hometown to let her di research with them after school hours. Her description of how she did this back at the start of 2000s is here. Remember nearly 20 years on the opportunities for youth to search out who they could experientially learn from are technically far greatef

Flow Researcher csik has shown that people we regard as geniuses almost always maximiised the amount of time they spent at the experiential edge of their unique competence. We understand that how superstar athletes and musician trains- why was the classroom designed to stop 95% of children from trying. Here is paul rose story - he nearly didnt become the world class ocean diver and nature broadcaster he now is

In San Diego about 30 years ago a 13 year old latin ameerican immigrant was particularly skilled at speaking english. She wanted to help latin ameeican abused mothers on both sides of the border. She started by developing a netwoek for peer to peer language training . Having earned the mothers trust they started to sel-organise childrens care and basic health services. Today La Maestra are about 20 community services this network offers to struggling single mother families including many livelihood microfranchsies. The secret is being trusted as a one-stop connection netwerk for every type of basic community service mothers and children need- and the wpole network is about 85% self-sustaining?

In India Aravind twice a year give s girls from the village 6 weeks course after which they are fully functioning nurses for patients who have come to aravind for laser cataract surgery. Almost every act of pre and post sugery care apart from the operation itself is done by the girls.

In Kerala, a girl aged about 9 noticed how hard family members were working. She started going round hugging parents who gave their all to bringing up children. Today amma is one of largest social, consciousness and health movements. Amma has branched into various village training networks and community colleges. She is also the un's official partnersng ladb for academ]ics who ant to apply nanotech to serve the poor.

In Melbourne a 14 year old daughter lof a medicla professor started greeting refugees as thy7r arrived in the city putting on festivals celebratng their dance and other cultures. The festival lighst up Melbourne as well as the youngest refugees lives. Particupation in arts , carnivals , creative arts increases wellbeing. Wherever large scale depression is endemic across a city's youth - particularly wherever suicides rates are high - there is something wrong with a system that does not provide safe spaces for youth to be community builders and to be fulfilled

In Bostwana about 15 years ago, a manager of an HIV hospice service could not find good staff.. So she went out to the streets and offered 15 year old prostitutes the chance to change their career which most eagerly did. It took about 10 weeks to train them.

We argued in 1984 that as the world increases money and time spent on coms tech, a key metric for whether we were innovating a sustainable globalisation would be if basic costs of health service came down. If we dont experiment with every way I want to learn to be a health servant, 50 years of debating technology rise since the moon landing makes us concerned that we will, all lose the race to sustain our species.

Chapter 2 looks at how we presented the challenge in 1984. We are clearly a long way off the track of I want to learn in many many areas of skills. From chapter 3 onwards we will will look at more skills we could be helping children learn aa s young as possible

We ask you to consider the next few years as the most critical time. While technology experiments with financial services have accelerated particularly since the subprime collapse in 2008, those involving education may seem to have been slow. However what we have observed after several trips to china suggests that the east is making G5 and edutech one and the same transfornation. They are inviting cooperation  all around the world. Better teaching of community needed skills and livelihoods isnt a competitive game - its a collaborative one in every urgent dimension of the UN's 17 sustainabilility goals

What started in 2019 in China is artificial intelligence is being introduced into primary schools . There are actually many ways to do that. For example an ai teaching assistant can learn from girls teaching it what they already know how to do as health servant. Meanwhile AI's first proven use is being more encylopaedic in diagnosing rare conditions than most fully trained doctors. Done the right way experiential learning curves of children and the aI can mirror each other. In China there are already channels so 20000 teachers and students can share experiences live and ai learners can be part of such processes.