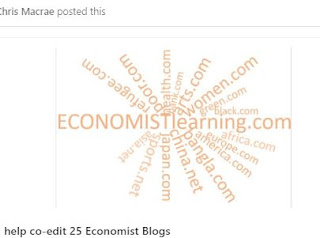 W1 what most valuable big data due to owning mobile op system and gps tracking; what to do with 2019 launch of billion times faster computing than ever seen before
w2 what are impacts of progressively end shopping malls and big box retails; what do cloud service platforms offer; what can space research do
w3 how do you make big money out of politics
w4 how do you train tech wizards and hub what
w5 how do you own music apps; whats entertainment's big money app of each new mobile device


Big City not represented above - richest billionaires or connectors

After 25 years as one of the west's3 great living servant public and global health, JIm Kim's inaugural year at world bank saw the creation of curriculum #2030now demanding young professionals transform any systemic non-sustainable monopolies embedded inold professions of global 1.0; by year end pope francis and jim kim were announcing the count on me partnership

The Power of Faith to Help End Extreme Poverty 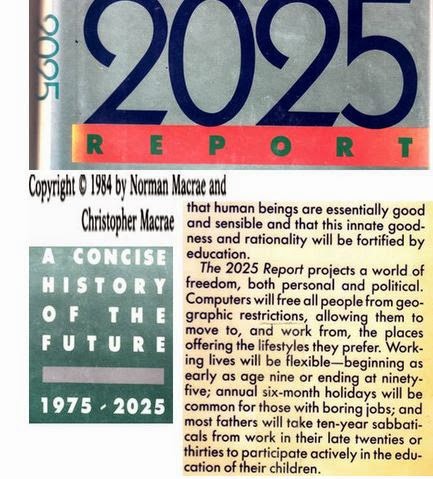 help www.youthmarkets.com with ABC of pro-youth markets - eg HEALTHwe recommend pro-youth investors value health marets ofpartners in Health - model POPBRAC mostexcitingcurricula.doc, 446 KB - model bottom-up economics and W4E
POP and Pro-Youth Collaboration Blogs
YouthWorldBank.org
Women4Empowerment.net
PovertyUni.com
more
favorite video collection -world bank tedx
My Network Collaboration knowhow Rankings
1 family
2 empowering local friend
eg NC 20 yearsconnections of most oyful partners in mobile womens empowernment
3 powerful virtual connection email permnissions
4 powerful virtual connection lesser permiossion eg linkedin or local partner able to bvisit head office eg Sir Fazle Abed
5 my greatest heroes - dream that I could know secretariat eg im im, paul farmer, george soros
6 other friends of pro-youth futures
Why our family's purpose explores impacts of open bottom-up systems versus top-down closed systems?
YOUTHCAPITALISM -whose future purposes will your free?
Whole truth capitalism compounds intergenerational growth in productivity out of vibrant communities; phony capitalism's destroys next generation's productive purpose
FOUNDING FAMILY CHARACTERS
Maternal grandad came from 3 generations of medics and lawyers in Raj. He spent 25 years mediating change around Mahatma Gandhi- his last project writing up legalese for India's Independence
Paternal grandad - British consul after world war 1. Tried to help free peoples from the 1930's worst top-down systems including Stalin's Moscow and Hitler's Europe. His grandad helped the majority of Scots whose entrepreneurial capacity (and Diaspora freedom to be happily productive) required emigration after the hostile takeover of Scotland by England due to an international banking scam in early 1700s
Dad (Norman Macrae) mediated pro-youth economics at The Economist for 4 decades after world war 2, after spending his last days as a teenager navigating planes in world war 2 over modern-day Bangladesh and Myanmar. @Cambridge 1945: Was taught by Keynes (see conclusions to general Theory and Essays on Persuasion) that economists who do transparently integrate next generation futures into their analysis, subconsciously or consciously, destroy sustainability of future generations. Dad was dismayed that commercial tv spun the most anti-youth media man has ever ruled over. Then in 1972 he saw students experimenting with early digital learning networks. From then on he championed Entrepreneurial Revolution as humanity's great escape from top-down closed to bottom-up open collaborative system valuation. The ER genre was translated across Europe in 1976 with luminaries like Romano Prodi and later George Soros whose philanthropic side blossomed after late 1970s interventions for South African youth (refer 1 2 3). In 1984, dad and my book on future of net generation offered the bottom-up alternative to Orwell's Big Brotherdom systems. We mapped how many of the next 3 billion jobs would need to regenerate communities and celebrate open global village networking. Unlike the industrial age's zero-sum consumption of things, actionable knowhow can multiply value in use when humanly and virtually networked as cost of planet-wide distance comes down to nearly zero in mobilising youth around any open sourced app.
Can you urgently help MOOC dad's YouthCapitalism? If you can, you may want to start by reviewing why dad's last articles in 2008 celebrated the Bangladeshi heroes Sir Fazle Abed and Muhammad Yunus. You might enjoy helping your place co-host a Macrae Remembrance Party. 4 main ones to date: 1) The Economist Bpardroom; with 2) South Africa million jobs creator and free education partners linked in round Taddy Blecher; 3) with Japan Ambassador in Dhaka celebrating youth technolgy wizards freed by microeconomic leaders; 4) 6 December 2013 with Principal of Glasgow University - the 255 year home of Adam Smith alumn of hi-trust community-futurising economics

Net Generation can ne worldwide youth;s most productive time if you linkin these people

story of open space- in 1984 after hosting 2 worldwide summits of system transformation creative people, Harrison Owen developed best facilitation process of making most live of up to 5000 brains over 3 day period- on explaining this to us heads of business schools he was told go away if you are right every way we teach is wrong
so in 2015 if you could invite 100 human brains to open space who would you choose- remember in open space invitation is critical- people may be at war at each other but you are inviting them round going beyond one challenge that connects them all- my amateur passion is job creating education crisis -so my choice (keeping to people i have had serious conversation with) will appear here by june 30 -starting with such heoines and heroes as
derar ashfaq and friends - my current connections with these people are somewhat tentative though i think it could be huge to try reunite them round something as joyous as world's greatest child creativity collaboration space ICAF
astronaut ron garan i met him twice as judge at yunus youth entrepreneur competitions- at that time he was still at NASA Space; he has supported yunus all over the world and made videos taking nasa footage asking why do we peoples find it so hard to celebrate around this beautiful planet- you would think a short video of that sort ought be prime time on yazmi's ad channel of what edu could doas well as eg student painting competitions- the trouble is he is based in texas; left nasa about 18 months ago; his old emails seem no longer to work- so i think I am down to the linkedin contact
in navneet's case- naila speaks to him regularly- he's mostly abroad at one of 5 or so orphanages he's founded; however he is resident of atlanta- therefore if we were ever to find someone who could sort out all the lost relationships of yunus, peace laureates, jimmy carter, king family, ted turner family - i would have thought he would need to be our resident link; he's also extremely keen on cross-cultural curricula- when naila he and i judged a competition out of (university founded by ex slave booker t washington ) tuskegee alabama thats one of the project areas he valued most- naila could tell us a lot more about him- also at tuskegee was katie brennan then of auburn a graduate mad about community health care in haiti and wherever most desperately needed; if naila and navneet were to make a list of 10 most energetic students at yunus competitions ryan would be in top 10 winner or north carolina and the only of 2 students i have met in 6 yunus state competitions with truly wacky community funding/banking ideas
stefanos is usually dc based but he's spent 6 of 8 weeks in addis abba helping his brother start up an incubator hub among youth technologists; he also has various ideas on how to share most valuable education content on both wifi and satellite instead of seeing these as comoeting channels; i think naila and stefanos have some common ideas of how to innovate beyond the very tech team that noah samara is dependent on
modjtaba is a most frustrating relationship for me; i have known him well for 12 years- the first 9 of which was great but then he went from london to melbourne and hasnt replied to me much at all; modjtaba has more intercultural understanding than anyone i have spent a lot of time with; born in iran educated in sorbonne; spent tine in canada and china before a long time in japan and then in london at aga khan university; he was my senior contact pojnt in london for first 2 years of interviewing yunus 2007-2009; anyhow in australia he works with one of youth's 10 greatest medical and volunteer reconciliation's heroes paul komesaroff -if anyone can find a way to reignite conversation with either of them it will have a lot of long term value but maybe not immediate child art applicability
richard seline who lived near me in bethesda (and advised previous texas adminstrations on youth) is very well connected in places i am not including 1776 hub and a california network which claims to be youths largest jobs agency run by and for youth
meillssa and carrie are dc/md based - carrie runs the global good fund and has so far met stefanos but not naila; 2008 melissa inaugurated global social value subschool of robert h smaith school at UMD but now does some special advisor role i think - the dean who asked her to animate global social value has now gone off to head imperial college which we were discussing at least 3 hour meeting between you me and naila
==============================
notes coming soon on how to play the game of top 12 world record job creatprs
choices by wholeplanet.tv and youthcapitalism:
soros, gorbachev, farmer, jim kim, sir fazle abes
taddy blecher,
monica yunus
khan academy
jack ma
berners lee
your votes welcome - chris macrae
chris.macrae@yahoo.co.uk washington dc 1 301 881 1655

chris macrae
blog on how will your life change world with global communications youtube washington dc 1 301 881 1655 email chris.macrae@yahoo.co.uk linkedin 9500 skype chrismacraedc home of the 64 trillion dollar colaboration map , of the 7 curriculum millions of youth most need at free online university to sustain net generation's next 3 billion jobs and end poverty goals - a project of Norman Macrae Foundation- The Economist's Pro-Youth Economist and faciliator of net generation's Entrepreneurial Revolution dialogues since 1972